Every 30 Seconds Another Person Becomes a Victim of Human Trafficking 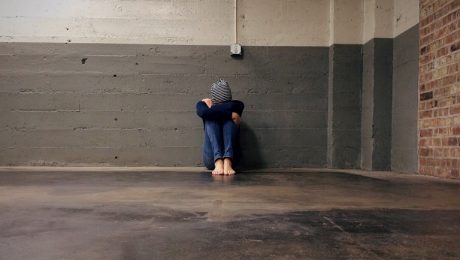 How much money is involved?

It is estimated that human trafficking generates over $150 BILLION dollars in illegal profits each year. More than one-third of these profits are from forced labor exploitation and the remaining two-thirds from sexual exploitation. Think about it: a drug or gun can be sold one time, but a girl can be sold multiple times in a single day.

What is Human Trafficking?

Human trafficking is the recruitment and/or movement of someone within or across borders, through the abuse of power/position with the intention of forced exploitation, commercial or otherwise.

Who’s most at risk?

Who is most vulnerable to being trafficked? Displaced persons and marginalized groups are vulnerable to human trafficking. People living below the poverty line and victims and survivors of interpersonal violence and homelessness are also at increased risk. It is their vulnerabilities, and unmet needs that draw the traffickers to them.

Don’t let this lull you to believe that this is ONLY a low income, minority issue. Traffickers prey on anyone that is vulnerable. A young girl whose parents are divorced or maybe is feeling bored, lonely, or sad because her parents are not involved in her life. She may also be vulnerable to being trafficked.

How many people are trafficked?

It is estimated that there are 20 to 37 million people a year trafficked globally. However, it is challenging to get an exact number, since it’s nearly impossible to measure activity within illicit markets. Additionally, many people don’t identify as “trafficked,” often because of fear or unfamiliarity with the concept of trafficking.

Thankfully, we have a task force in OC that is aggressively working to end human trafficking in our county. The Orange County Human Trafficking Task Force (OCHTTF) includes over 60 agencies, including police departments, community organizations, and volunteers. Mariposa joined this task force many years ago, and we provide mental health services for rescued victims.

Out of the 415 human trafficking victims rescued in Orange County in the past two years, 73% of those victims were newly trafficked in either 2017 or 2018 (source: OCCHTTF). About 87% of those recovered were sex trafficking, and 12% were labor trafficking. Within the labor and commercial sexual exploitation, children make up about 25 % of those victimized.

What services do Mariposa offer victims of sex trafficking?

We have received girls as young as 11 years old at Mariposa. One young girl (age 11) had been trafficked since her family sold her at the age of 2. Another woman we’ve worked with was sold at the age of 8 years old by her father. She escaped from her trafficker when she was ten years old and returned to her family. Her father then sold her again, and she remained trafficked until she was 25.

So many cases of abuse and trauma have come through our doors, yet our counselors are trained and ready to work with them. Every girl/woman that comes through our doors is someone’s daughter, sister, aunt, cousin, friend. You may even know someone who has been trafficked or is at risk of being lured into that life.

If you would like more information, please feel free to reach out to us at Mariposa at 714.547.6494 directly for mental health services or to the OCCHTF.